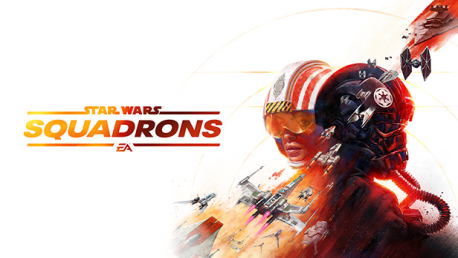 Hop into the cockpit Experience both sides of the fight as you pilot your way through a single-player story set after the events of Return of the Jedi™. Multiplayer dogfights Plan your attacks in the briefing room, then take to the sky in intense 5v5 dogfights. Or unite with your squad t...

Hop into the cockpit
Experience both sides of the fight as you pilot your way through a single-player story set after the events of Return of the Jedi™.

Multiplayer dogfights
Plan your attacks in the briefing room, then take to the sky in intense 5v5 dogfights. Or unite with your squad to take on insurmountable enemy fleets.

Pick your starfighter
Pilot aircraft from both the New Republic and Imperial fleets, like the A-wing or TIE bomber, and destroy opponents in strategic battle.

T-65 X-wing Starfighter
The Incom X-wing starfighter balances firepower, durability, and maneuverability, making it the most versatile and easiest to handle of the New Republic starfighters.

BTL Y-wing Bomber
What the Y-wing bomber lacks in speed, it more than makes up for in stamina and firepower. Its toughened hull, powerful shields, and devastating loadout can be the deciding factor in any dogfight.

RZ-1 A-wing Interceptor
The fastest and most agile starfighter, the A-wing interceptor is best suited for tearing through enemy starfighters. It can’t endure much damage, but its speed and maneuverability make it a difficult target to hit.

UT-60D U-wing
While difficult to take down in a fight, the U-wing’s true value is in supporting the squadron with life-saving supplies and repairs. Disrupt enemy systems and make them easy targets for allies.

TIE/LN Fighter
The TIE (Twin Ion Engine) fighter’s speed, maneuverability, tiny silhouette, and forward visibility give it an edge in a dogfight, while its armor and payload options make it useful against enemy capital ships.

TIE/SA Bomber
The TIE surface assault bomber’s thick armor allows it to hang tough in a firefight against faster ship classes. In a head-to-head joust with any other ship, the bomber will always come out on top.

TIE/IN Interceptor
The TIE interceptor can use its high acceleration and turn rates to outmaneuver an enemy fighter, evade missiles, and dodge incoming cannon fire from capital ship turrets.

TIE/RP Reaper
Surprisingly nimble for a ship of its bulk, the TIE reaper trades firepower for squadron force-multiplying abilities, reloading allies and providing repair droids in the thick of battle.

Master the art of starfighter combat in the authentic piloting experience STAR WARS: Squadrons. Buckle up, feel the adrenaline of first-person multiplayer space dogfights alongside your squadron, and learn what it means to be a pilot in a thrilling STAR WARS single-player campaign.

How does it work? Will I receive STAR WARS: Squadrons as a physical copy?

What does STAR WARS: Squadrons contain? Will I receive the same content as on Origin?

You will receive the standard edition of STAR WARS: Squadrons as a digital download for Origin.