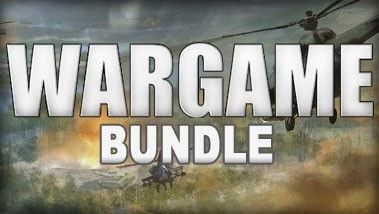 Wargame: European Escalation features intense real-time battles, stunning graphics, and the amazing IRISZOOM system, which allows a continuous zoom from a global view of the map to the heart of the action. With real strategic gameplay, rich content, integration of EugenNet and its numerous online se...

Wargame Bundle CD key to be activated and downloaded via Steam. You will not be sent any physical items in the mail. You will receive a(n) Steam product key via e -mail.
Wargame Bundle (PC/MAC) 13 €
Stock agent

Wargame: European Escalation features intense real-time battles, stunning graphics, and the amazing IRISZOOM system, which allows a continuous zoom from a global view of the map to the heart of the action. With real strategic gameplay, rich content, integration of EugenNet and its numerous online services, Wargame: European Escalation will unite all the world's biggest strategy fans.

Set in the rarely explored period of 1975-1985, Wargame: European Escalation pits NATO (USA and Western Europe) against the Warsaw Pact (Soviet and Eastern European countries) in battles that explore "what could have been." The specter of nuclear warfare loomed large over the real Cold War, but this catastrophic outcome was the ultimate last resort as everyone knew that the first one to start nuclear hostilities would end up wiped out just the same. Large, armored offensivesthrough Europe would certainly have been the core of this hypothetical war; and this is what the game's explosive campaign takes you through!

Lead on huge maps the most intense of large-scale battles, involving hundreds of units ranging from armored tanks, helicopters, planes, infantry, etc...
In-depth, realistic strategy taking into account many parameters, such as ammunition, fuel, supply lines...
A modern, realistic setting, taking you through an explosive solo campaign revisiting the Cold War as it could have been if things had heated up.
A big multiplayer mode, served by the numerous EugenNet© services integrated in the game

With its dynamic and tense gameplay that demanded strategic vision and depth, its spectacular and realistic visual experience and its many new features such as the solo campaign, Wargame AirLand Battle is set to take the series to new heights.

It is 1985. Tired of repeated provocations from the United States, the USSR strengthens its military capabilities and rises to the challenge of the confrontation. After several months of growing tension, an incident in the North Sea sparks an escalation. All over the world, Pact and NATO forces are mobilized and set the world on fire. As neither camp dominates the main front in Germany, fate hangs in the balance in Scandinavia...
Find yourself at the head of all military forces involved, with more than just tanks, as planes make a dramatic entrance in this series, with 150 aircraft of all kinds to complete your arsenal: fighters, bombers, electronic warfare aircraft, etc. Four new nations and their vehicles join the eight nations from Wargame European Escalation, for a total of over 750 vehicles and combat units! The game experience is enhanced by the brand new version of the IRISZOOM Engine, offering even larger and more detailed game maps with impressive landscapes rendered from satellite imaging.

Once again, the world is at war. Prepare your armies; the outcome of this conflict now depends entirely on you.

How does it work? Will I receive Wargame Bundle as a physical copy?