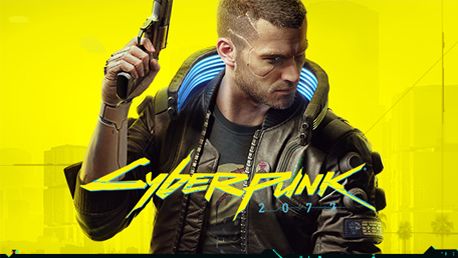 Cyberpunk 2077 is an open-world, action-adventure story set in Night City, a megalopolis obsessed with power, glamour and body modification. You play as V, a mercenary outlaw going after a one-of-a-kind implant that is the key to immortality. You can customize your character’s cyberware, skills...

Cyberpunk 2077 is an open-world, action-adventure story set in Night City, a megalopolis
obsessed with power, glamour and body modification. You play as V, a mercenary outlaw going after a one-of-a-kind implant that is the key to immortality. You can customize your character’s cyberware, skillset and playstyle, and explore a vast city where the choices you make shape the story and the world around you.

PLAY AS A MERCENARY OUTLAW

Become a cyberpunk, an urban mercenary equipped with cybernetic enhancements and build
your legend on the streets of Night City.

LIVE IN THE CITY OF THE FUTURE

Enter the massive open world of Night City, a place that sets new standards in terms of visuals, complexity and depth.

Take the riskiest job of your life and go after a prototype implant that is the key to immortality.

Cyberpunk 2077 is a role-playing video game played in a first-person perspective as V, a mercenary whose sex, hairstyles, face, body type, body modifications, background, and clothing are customisable. V's clothing alters how interactions fare with non-player characters (NPCs), who are also at V's disposal for romantic and sexual relationships. Stat categories—Strength, Constitution, Intelligence, Reflex, Tech, and Cool—are malleable to the character classes that players assume, which are mainly NetRunner (hacking), Techie (machinery), and Solo (combat). V must consult a "ripperdoc" to upgrade and purchase cyberware implants, at the cost of eurodollars, more so in black markets for military-grade abilities. Colours signify the rarity of any given equipment, from "uncommon" (green) to "epic" (purple). V can take cover, aim, run on the ground and walls, jump, double jump, and slide. If provided with arm blades, V may climb walls and, like with other close-combat weapons, deal melee strikes. There are three types of ranged weapons—Power (standard), Tech (which penetrate walls and enemies), and Smart (with homing bullets). These can be customised and modified. Ranged weapons are equipped to ricochet bullets in a target's direction and (with a reflex booster) slow them down in bullet time. Four types of damage can be inflicted—Physical, Thermal, EMP, and Chemical (which are identified in enemies by scanning them with a bionic eye). Gunsmiths repair and upgrade weapons.

The open world metropolis Night City, California consists of six regions—the corporate City Center, immigrant-inhabited Watson, luxurious Westbrook, suburban Heywood, gang-infested Pacifica, and industrial Santo Domingo. V navigates these locations on foot and in vehicles, which are customisable and subject to either a first or third-person view. Autonomous cars allow V to focus on combat instead of driving while engaging in gunplay; pedestrians can also be run over. The full day-night cycle and dynamic weather affect the way NPCs behave. Apartments can be bought and used as home bases, where V will fetch weapons, dress, use a computer, and bring back NPCs for sexual activity. The game features non-English-speaking characters; players who do not speak the languages can buy translator implants to better comprehend them. "Braindance", a digital recording device streamed directly into the brain, allows the player character to experience the emotions, brain processes, and muscle movements of another person as though they were their own. Branching dialogues are employed to interact with NPCs and take actions in quests. Experience points are obtained from main quests and fuel the stats, while side quests yield "street cred" and unlock skills, vendors, places, and additional quests. Quests are acquired from characters known as Fixers. Throughout the game, V is aided by various companions. Consumables, like soft drinks, are used for healing, and objects can be inspected in V's inventory. "Game over" messages only appear at the point of death; if a quest is failed, the game moves on all the same. Player agency and choice lead to different endings.

How does it work? Will I receive Cyberpunk 2077 (Xbox One) as a physical copy?

What does Cyberpunk 2077 (Xbox One) contain? Will I receive the same content as on Xbox Live?

You will receive the standard edition of Cyberpunk 2077 (Xbox One) as a digital download for Xbox Live.

The product key can be redeemed directly on your Xbox or Xbox.com. On your Xbox: Go to the "Store" tab in the top bar. At the bottom of the Store window, next to the "Membership" button, you will find the "Redemption Code" button. On Xbox.com: Sign in or create a Microsoft account connected to your Xbox. Click your profile picture and gamertag in the upper right corner and choose "Redeem code" from the menu.