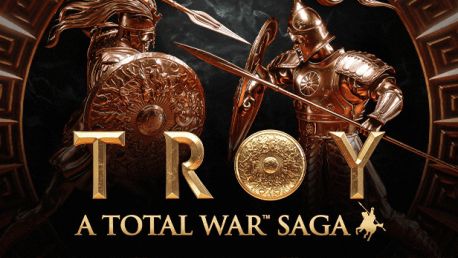 DIVE INTO GREEK MYTH Inspired by The Iliad – Homer’s sweeping tale of romance and bloodshed – A Total War Saga: TROY focuses on the historical flashpoint of the Trojan War, bringing the conflict to life as never before. EXPERIENCE THE TROJAN WAR TROY explores this legendary conflic...

Be ready to play A Total War Saga: TROY on release day! When you preorder, the payment will not be charged until the order has been delivered. Your product key will be sent on release day at the latest, but usually 1-2 days before.

DIVE INTO GREEK MYTH
Inspired by The Iliad – Homer’s sweeping tale of romance and bloodshed – A Total War Saga: TROY focuses on the historical flashpoint of the Trojan War, bringing the conflict to life as never before.

EXPERIENCE THE TROJAN WAR
TROY explores this legendary conflict from both the Greek and Trojan perspectives, peeling back the layers of myth and legend to reveal the realities that may have inspired them.

CHOOSE YOUR HERO
Fight to save or conquer the kingdom of Troy as one of eight iconic heroes, including the infamous warrior Achilles, noble protector Hector, wayward prince Paris and vengeful king Menelaus.

BUILD A BRONZE AGE EMPIRE
Through Total War’s blend of grand, turn-based empire management and spectacular real-time battles, your actions can turn the tide of the war. Build your empire through strategy, statecraft, diplomacy and all-out war, as you conquer this vast and striking recreation of the Bronze Age Mediterranean.

FIGHT ALONGSIDE MYTHIC UNITS
Inspired by the famed creatures of Greek myth, you can call mythic units to your aid in the heat of battle, including fighters that resemble the Minotaur, the Cyclops, Giants and Centaurs.

How does it work? Will I receive A Total War Saga: TROY as a physical copy?

What does A Total War Saga: TROY contain? Will I receive the same content as on Epic Games?

You will receive the standard edition of A Total War Saga: TROY as a digital download for Epic Games.